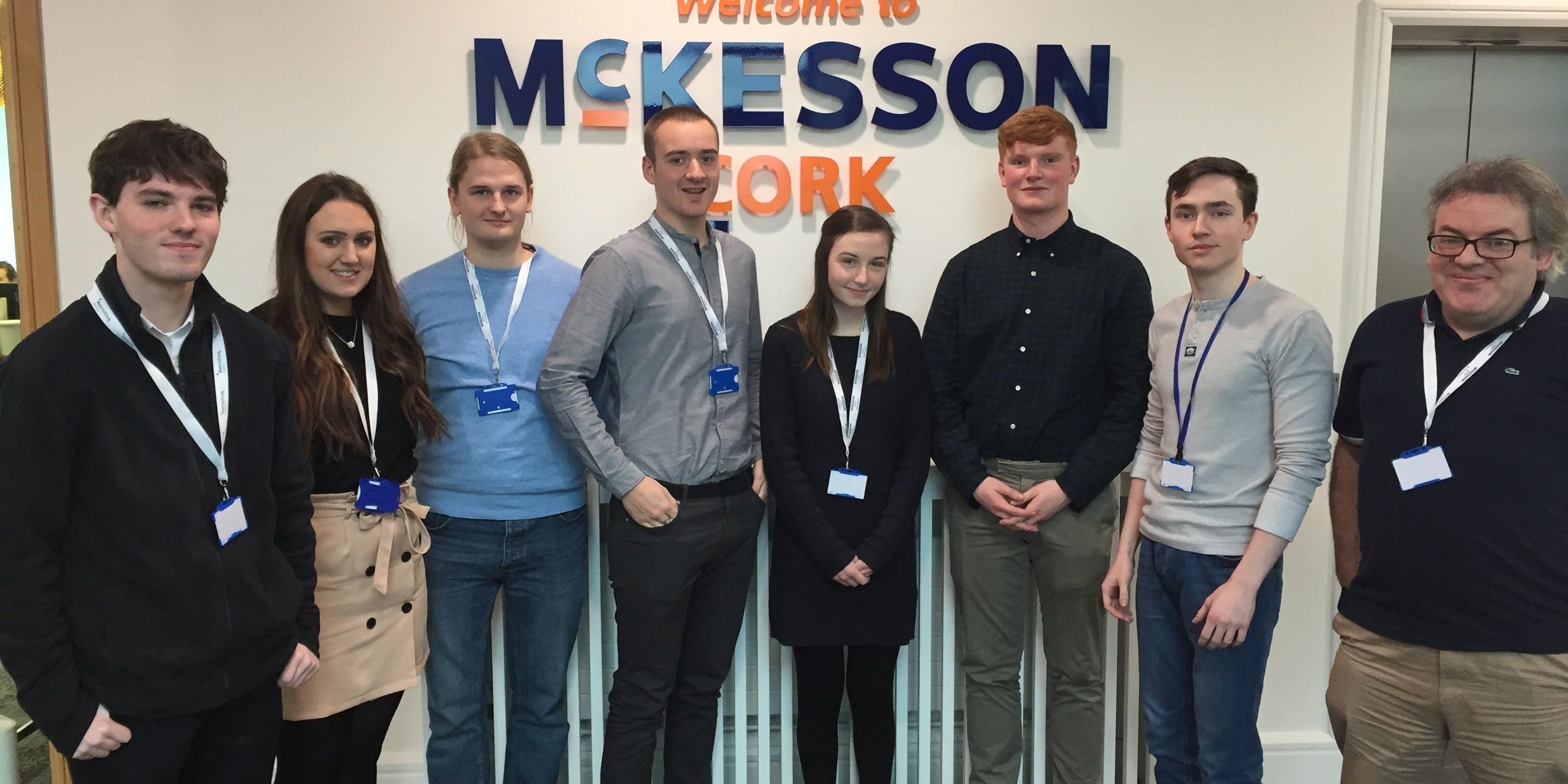 On Friday 30th August we said goodbye to our class of 2019 our amazing Interns! What a fantastic 8 months it has been. Over the course of their time all interns worked on value adding projects with their teams. They have gained a huge amount of experience which will help them to complete their final year of college. This year marked the first for NorthStar Healthcare who took on two of the interns which was a massive success. Before leaving, I met with the interns to see how their experience has been during their time at McKesson and NorthStar.

Johanna: How has your experience been during your time at McKesson?
Interns: It’s hard to believe that our 8 months are almost over. It will be hard leaving McKesson and NorthStar, but even harder to go back to college. Our whole experience has been amazing since the day we joined. We were all very nervous coming in, but when we arrived, there were 8 of us in the same boat. We quickly started becoming friends which made adjusting to the office a bit easier.

Johanna: What was your first impressions when entering your internship?
Interns: We were first introduced to McKesson’s ICARE and ILEAD principles on our induction day, and they can be seen across the company. Everyone treats each other with utmost respect, is approachable and welcoming. People put in effort to get to know you. I don’t think we could have had better teams. They were always there when we needed something and had an enormous amount of patience to explain things over (and over and over) again, until it made sense.

Johanna: What projects did you work on and what opportunities did you have?
Interns: We had the opportunity to go on multiple courses, ran by IT@Cork Skillnet. There, we got the opportunity to develop outside our areas of expertise, with courses such as Psychometric Profiling, Cloud Security, Professional Scrummaster and SAP. Interns have a special place in McKesson. There was time set aside every week for us to further develop in areas we had interests in. We worked on projects that focused on reducing our carbon footprint, by putting more emphasis on carpooling, and gradually rolling out electric car chargers to the Cork site. We explored areas such as User Experience and User Interface, got involved in the community by painting the Westgate Retirement Homes and going out to local schools to teach kids how to program. Coding@School was a project carried out with the help of McAfee and Teamwork.com, where we went to two schools, Beaumont and Columbus, with the aim to open the world of IT to children. This project was a challenge, as some of us had no prior experience in programming, which meant doing the exercises ourselves and then going out to teach the children, and I can tell you that there were a lot of questions. This was certainly not something we thought we’d be doing as part of our internship! But we loved it! Over the course of undertaking the intern projects, we had a monthly meeting with different managers and leadership within the Cork Hub. During the monthly Communication meeting in July, we also got to present to the whole of McKesson which at first was intimidating but turned out to be great experience. We also had the opportunity of meeting Kathy McElligott, Executive Vice President and Chief Information Officer / Chief Technology Officer at McKesson, which was huge honour for us. It was very humbling to see how closely she listened to us and gave great advice for our futures.

Johanna: Have you any final comments about your overall experience?
Interns: While doing intern projects and working on our day to day jobs, it was also nice to be able to kick back and have fun at the Mexican day, having ice cream and sipping on smoothies, while going out on team and company bonding events. We can go on and on about the experience, there was just so much happening, but to summarise, during our internship, we didn’t feel like interns. Everyone treated us as equals and we felt a sense of responsibility in our work. We knew what we were working on both collaboratively and personally was contributing to the company. This was a great feeling. We’d like to thank our colleagues, managers and friends who made this an unforgettable experience and helped us along the way. It will be hard leaving, but we’ll definitely cross paths in the future.

It was a pleasure to work alongside these bright new talents and we have every faith that whatever the y put their mind towards they will become successful. On behalf of McKesson and NorthStar we would like to thank all of our Interns (Christopher Hall, Ciara Hynes, Ross Kirwan, Connie Murphy, John Redmond, Dylan Canty, Mateusz Oskroba and Finley Lewis), wish them every success with their final year, and we will all look forward to seeing you achieve great things on the next step of your journey.