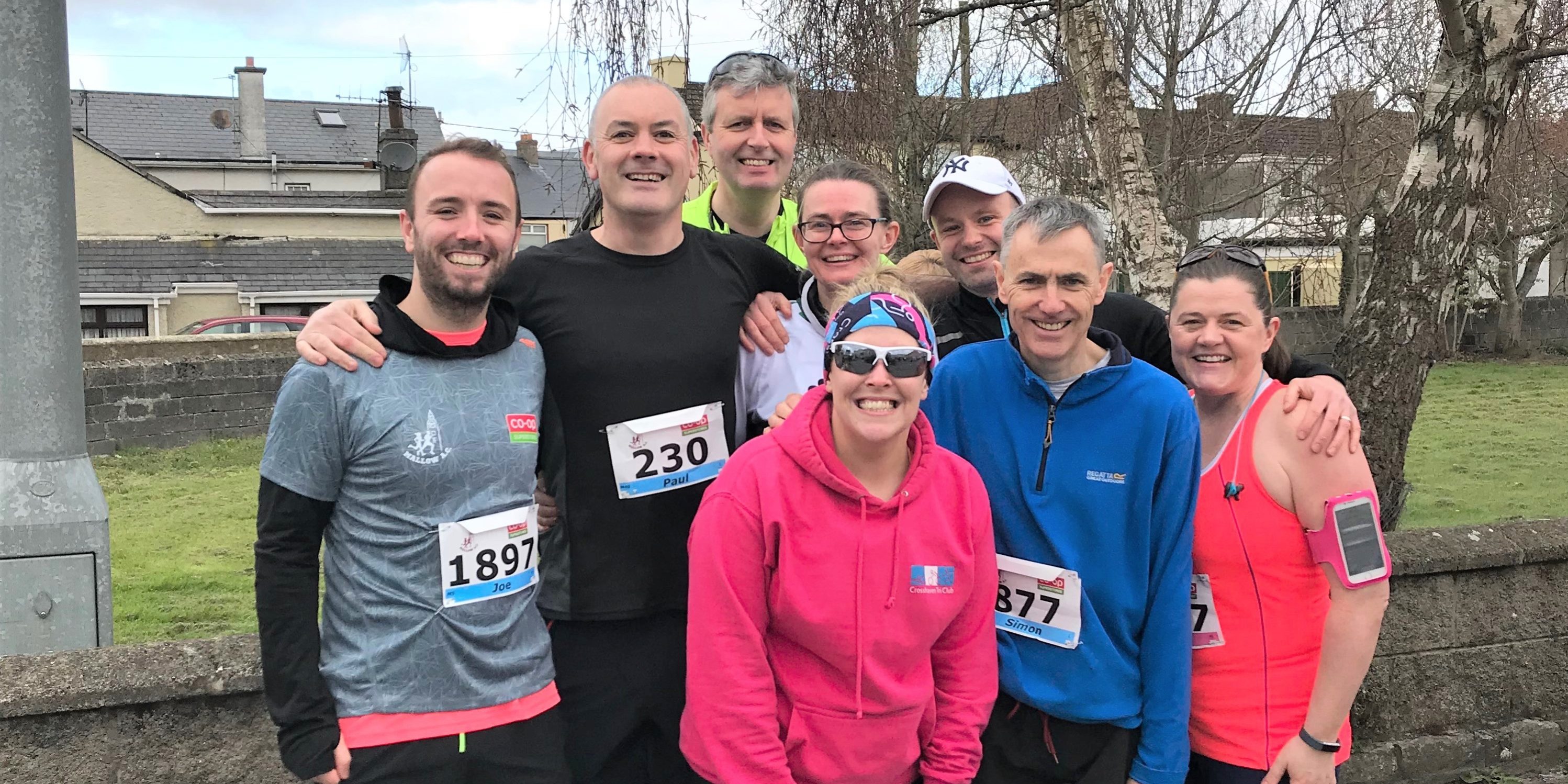 Committing in January, delivering in March

January was as always, a time for reflection, turning over a new leaf, (re)committing to fitness and this year, planning a running challenge to undo the Christmas excesses.  The Mallow 10mile (16km) road race on March 24th was the stretch goal of choice, with the added incentive of supporting a great local charity the Down Syndrome Centre Cork.

The challenge was circulated to @McKesson Cork and @NorthStar running enthusiasts and eleven runners signed up; some enthusiastically, some under duress.

Our “10 Mile Team” was a motley crew including experienced runners, marathon and half marathon veterans, adventure racers and triathletes as well as two Doctors and at least one fluent Irish speaker 😊 – plenty of support to get everyone to the start line and through to the finish.

A “Mallow 10” WhatsApp group was setup to enable the team to encourage and support each other as well as tracking training runs #postforaccountability. Every Mon & Wed @ 17:30 the group met for group runs around the Cork Airport Business Park, it’s not the most scenic of routes but it was effective to get miles into the legs and getting the run done as part of your day before home life takes over.

March 24th arrived and our eleven had become nine due to some unfortunate injuries picked up along the way, the weather on the day was favourable so we all set off at our own pace with the goal to finish the long distance ahead.

Great news is all the team got over the finish line, true grit and self believe was needed to get there, the sense of team support in the lead up and on the day was fantastic and regardless of running ability the commitment and determination shown by all was fantastic, roll on the next challenge 😊