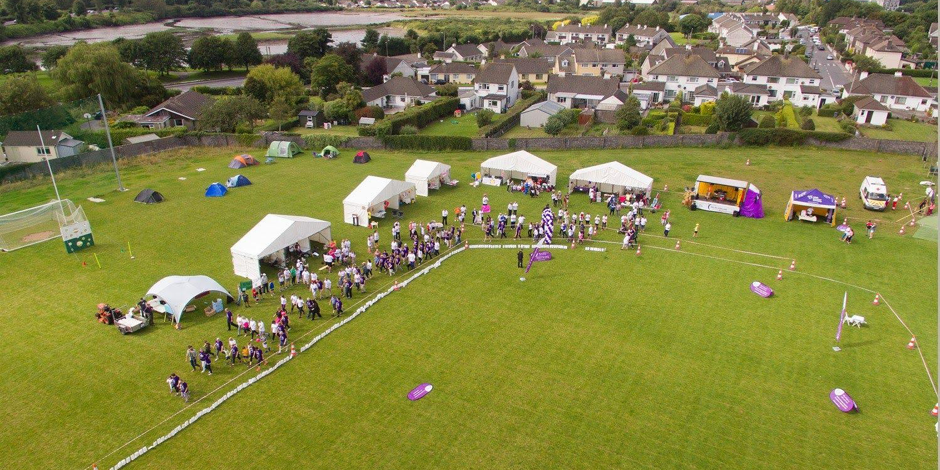 This is my families second year being involved in Relay For Life Midleton. Last year we were on a team but this year we raised our game and I became a committee member and Orla registered a team of 10 fourteen year olds. She needed a team captain so I naturally went to my work family for help. While we didn’t get another team, we did get our team captain and “Colm and the girls” was born.

The committee raise their own funds for the event so this year I took part in Daffodil Day, collecting at a spinathon and selling candle bags. While these involved giving up my Saturdays for a few hours I didn’t mind. The amount of support from people, stories and people watching was worth it. It also helped that the weather was good on these days. Orla and her team went door to door with their cards and I asked for a contribution from our charity budget and sold candle bags. The candle bags are dedicated to people who have lost their fight to Cancer and surround the track.

So on August 26th at 1.30 we turned up at the event. I welcomed all our team captains and showed them their marquees where they could base themselves and fundraise on the day. I knew we had more teams and survivors than last year but the sense of pride I felt throughout the day surprised me. The track was never empty, the sun was shining and the crowd was amazing. The bittersweet memory was that there were 50 survivors but over 2300 candle bags. We still need to fight the fight.

As we came near the end of Relay it was announced that a woman was finishing her personal goal. It was her husband’s first anniversary and she walked nonstop around our track for twenty-four hours. Supported by her son and family she was applauded and cheered as she walked under the balloons. For our last lap, we had so many people on the track the start of the lap met the end of the lap. That is what community spirit is about and what made Relay so successful for me.

I will be involved again next year and hope to either get a team from McKesson or have more people join us on the day. The good thing about Relay is that it’s a family event and you can just drop in. Come and see what it is all about.